A deeply passionate and sensitive performer, Christian Blackshaw is celebrated for the incomparable musicianship of his performances. His playing combines tremendous emotional depth with great understanding and, in the words of one London critic, “sheer musicality and humanity”. Pianist magazine, reviewing his performance of Schubert’s great B Flat Sonata D.960 at the Queen Elizabeth Hall wrote that the work “has become the calling card of many a pianist wishing to declare themselves a musician’s musician and Blackshaw most certainly belongs to this category”.

Following studies with Gordon Green at the Royal College Manchester and Royal Academy, London and winning the gold medals at each, he was the first British pianist to study at the Leningrad Conservatoire with Moisei Halfin. He later worked closely with Sir Clifford Curzon in London. Christian Blackshaw has performed with many leading orchestras including London Philharmonic, Hallé, City of Birmingham Symphony, Royal Liverpool Philharmonic, Royal Scottish National, BBC Philharmonic, BBC Symphony, Academy of St Martin in the Fields, St Petersburg Philharmonic, Moscow Philharmonic, Mariinsky Orchestra, New York Philharmonic, San Francisco Symphony, Baltimore Symphony, Israel Philharmonic, Dresden Staatskapelle, Rotterdam Philharmonic and RAI Torino. Conductors with whom he has collaborated include Sir Simon Rattle, Valery Gergiev, Gianandrea Noseda, Yuri Temirkanov and Sir Neville Marriner. He has given chamber concerts in London with the principals of the London Symphony Orchestra and Chamber Orchestra of Europe and festival engagements have taken him to Stars of the White Nights St Petersburg, Prague, Dubrovnik, Helsinki, Stresa, Britain in Greece Festival Athens, Bath, Orford (Canada) and the BBC Proms.

His hugely acclaimed Wigmore Hall complete Mozart sonata series concluded in early 2013 and subsequently Wigmore Hall Live have issued all four volumes. Critics have been unanimous in their praise, describing these “landmark” recordings as “captivating”, “magical” and “masterful”. Volume 4 is named as one of the Best Classical Recordings of 2015 in the New York Times. 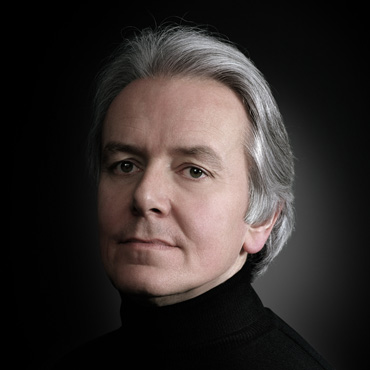